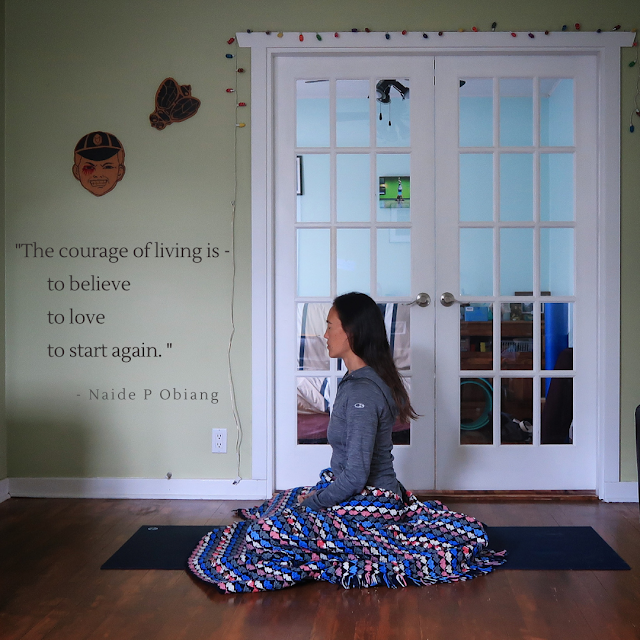 Focus on one thing. Sound familiar? Well, let's go back and look at how the analysis of sutra 1.32 began:

"The concept that Patanjali introduces in the sutra for this week may sound familiar. It should as he has repeated it a few times. He talked about it in sutra 1.17 where I associated his process of moving towards samadhi as being in flow. He talked about it in sutra 1.28 where he introduced japa meditation and having your full focus on AUM. He talks about it here in sutra 1.32 in which he is telling us that we need to have a single pointed focus. I'm not saying this is a bad thing! In fact an old Latin proverb says "repetition is the mother of all learning." . . . .

As we get closer to the end of the first pada (book/section/chapter) of the yoga sutras, Patanjali starts to repeat concepts he's brought up in earlier sutras as if to drive home his points. Here, the seed(s) he talks about refers to the object(s) you've chose to focus on for meditation (later meditation/focus involves no object or seed at all). It doesn't matter what object you choose to focus your attention on, as the object of your focus will eventually be released to lead you into nothingness.
Why are the simple concepts so difficult? I'll be honest. I have yet to develop a steady meditation practice, yet I've experienced the mental and emotional benefits during those short times that I do. Instead of getting overly frustrated, however, I work to return to the words that S.N. Goenka used to say at the beginning of every meditation sit during the Vipassana course that I took . . . . "S T A R T    A G A I N" It doesn't matter how long you've been away from your practice. It doesn't matter how much time you give yourself to sit or to simply focus on your breath. It doesn't matter if you actually do have a consistent, steady practice. Every opportunity you give yourself to simply have space for you alone is an opportunity to start again. Sometimes that's the most difficult part . . . . . to start and to start again.
So, your challenge for this week is to simply start again. Set aside some time to simply be with yourself focusing on one thing. Let every silent moment with yourself be a new beginning, a new start, a new opportunity to explore without thinking about where you'll end up. Just you, your object and your focus.

Sutra 1.46 These are only deep meditations with seed.
Posted by rockyb at 10:02 PM